What Does Brexit Mean for the Construction Industry? 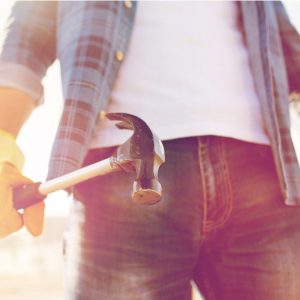 With Brexit just around the corner, the UK workforce is questioning what the potential departure from the European Union (EU) could mean for their jobs.

Though much is still uncertain, we’ve explored some of the considerations construction workers may face and what the future could hold for the industry post-Brexit.

The price of materials

According to the Department for Business Skills and Innovation, the UK imported 64% of its materials from the EU and exported 63%. If the UK faces limitations on imports and exports post-Brexit, there is speculation that the cost of these materials will soar and there will be a shortage. As of yet, it’s unclear whether Britain will negotiate trade with countries outside the EU.

In an annual briefing paper by CIBSE, it was revealed that the UK doesn’t plan to change the safety standards and procedures outlined by the EU immediately, as these laws would be difficult to enforce. Legislation like Energy Performance Certificates (EPCs) and Building Regulations won’t change right away but might be reconsidered in the future.

A great deal of speculation has been made around the demand for builders once the UK leaves the EU, with many believing work will be in short supply. However, according to an annual report by Construction Skills Network (CSN), demand is forecast to grow by 1.3% each year, with over 10,000 jobs being created between now and 2022.

Diversity in the industry means that a portion of UK-based builders are from the European Union and this calls into question whether there will be a shortage of skills after March 29th. But whilst the freedom of movement transition will end, this is set to be replaced by a skills-based immigration system, meaning that oversees workers will theoretically be allowed to continue to work in the UK. This also means that our Brit-based brickies can travel within the EU for work.

Whatever Brexit has in store for the construction industry, the team at Brian Alfred are here to help. For information and advice on just what the future has in store for you and your taxes, just send us a message and we’ll be in touch.