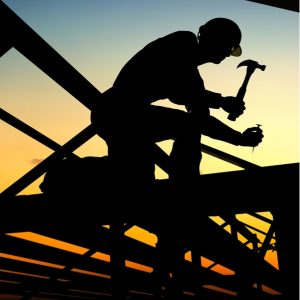 Britain’s exit from the European Union is still in its infancy, but one aspect we have all been paying close attention to are the new immigration regulations for workers entering the UK.

Previously, EU member state passport holders were able to take up employment without a specific visa requirement, which has now been replaced with a “points-based” system requiring workers to meet a minimum income threshold, and hold a qualification in specific, high-skilled occupations – amongst other factors.

What does this mean for the construction industry?

In a telling excerpt published on BBC: “Construction relies on foreign migrants for 10% of its workforce – 8% from the EU and 2% from the rest of the world.”

Analysis by Simon Jack, Business Editor, goes on to say “major infrastructure projects including HS2, the proposed building of a third runway at Heathrow, and ambitions to build more than 200,000 new homes per year mean that many construction firms fear that there are simply not enough spare UK workers to fill the gap these new measures will create.”

While architecture (code 2431) remains on the list of skilled work, those who carry out the physical construction of infrastructure are classed as “low skilled workers”. Sourcing builders from the EU accounted for the most popular method of how this workforce was complemented.

“We will not be creating a dedicated route for self-employed people. We recognise that there are several professions where there is a heavy reliance on freelance workers.”

What do the stricter immigration laws mean for construction workers?

The only construction-related jobs in occupation code 2113 that are classed as skilled-worker roles are those of engineering geologists, hydrogeologists, and geophysicists.

That means the majority of construction workers will need to meet immigration-points criteria to be able to work in the UK after 1 January 2021, and this is highly unlikely as the government takes an approach to “reduce the levels of people coming to the UK with low skills.” Furthermore, the points-based system means there would need to be a suitable job offer which meets the income requirement to be granted a visa.

This will likely cause a knock-on effect of supply and demand, where ‘cheap’ European labour would typically plug this gap. We may now see the cost of construction rising, and a delay in completing projects.

It’s worthwhile to make mention of the construction of HS2; to source workers, stringent new regulations and rules would need to be satisfied. These include a minimum salary threshold of £25,600 – which has a direct financial impact on construction companies’ profit margins.

What alternatives do construction companies have?

Supporting the current contingent workforce to continue on assignments may have a positive effect for construction companies. As the rope tightens around sourcing workers from the EU, maintaining working relationships with existing construction contractors becomes all the more important. Retaining a trained, experienced workforce that already has the right to workin the country may prove to be priceless as the immigration requirements stifle the talent pool available to major construction companies.

Another hurdle to consider is IR35. Should you decide to take on a construction worker by means of supplying a job offer, this means they become an employee and fall outside the scope of IR35.

If you engage a worker via their own limited company, you may need to assess the IR35 status of the assignment if you are a public sector organisation or a medium or large company in the private sector from 6th April 2020, which bears financial implications for you as the end hirer.

While Britain’s exit from the European Union may raise many questions, Brian Alfred is here to help you simplify your tax and get your rebate to you – fast. To download a tax pack, click here – or contact us at
0800 464 0350 to find out more.